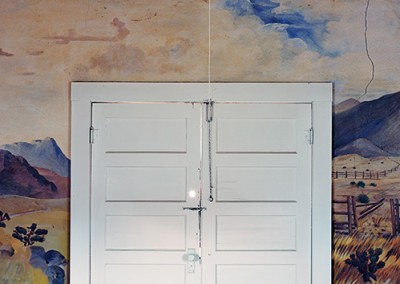 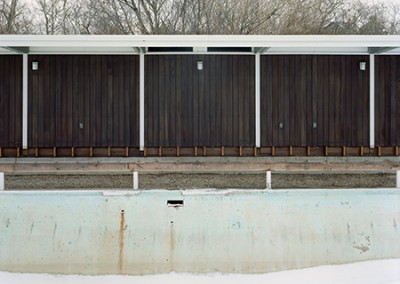 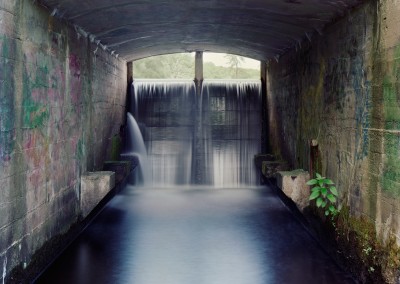 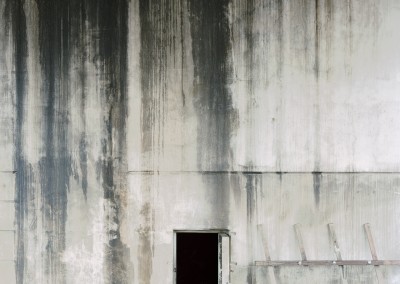 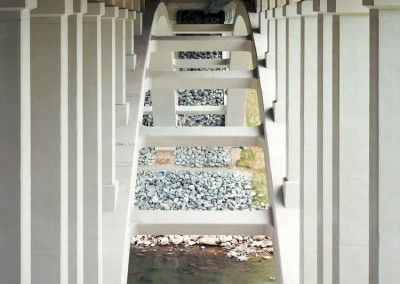 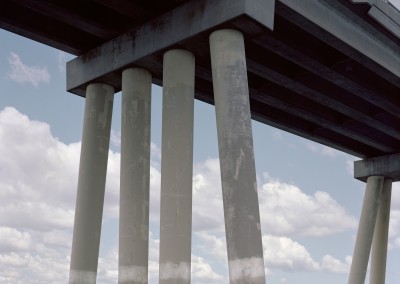 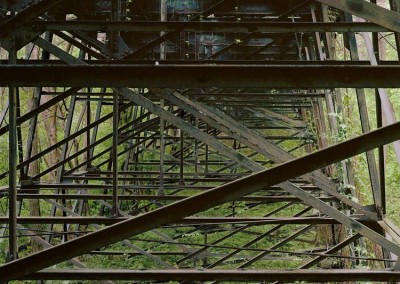 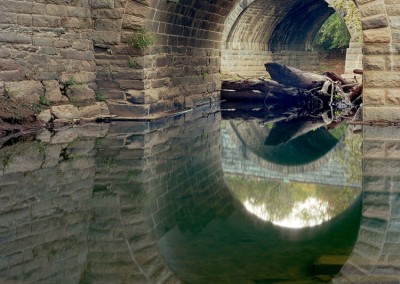 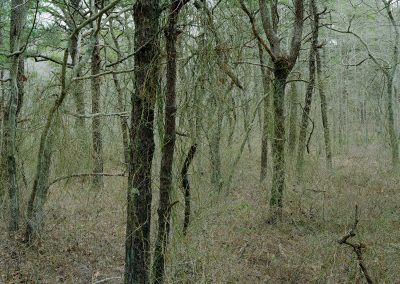 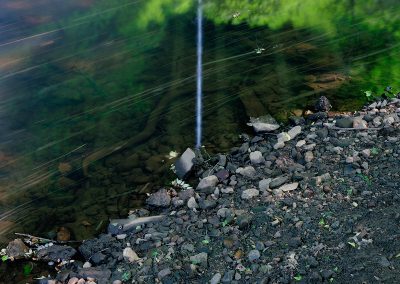 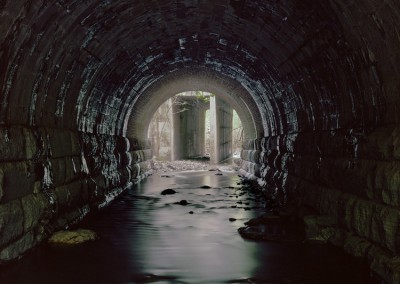 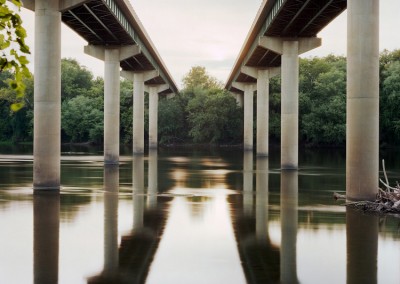 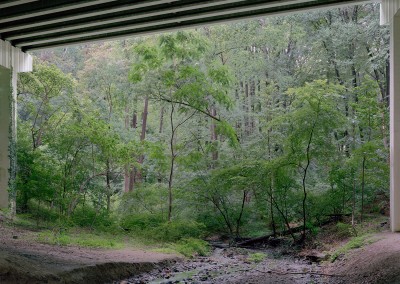 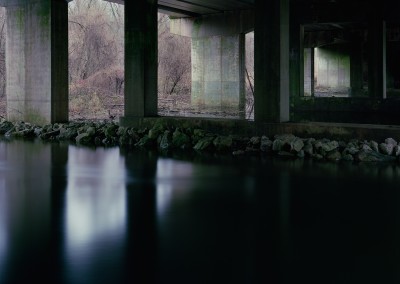 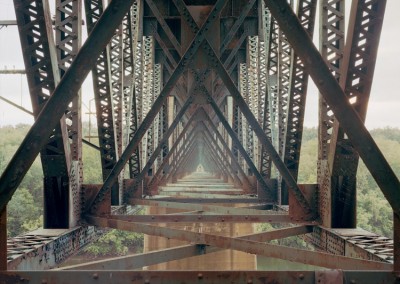 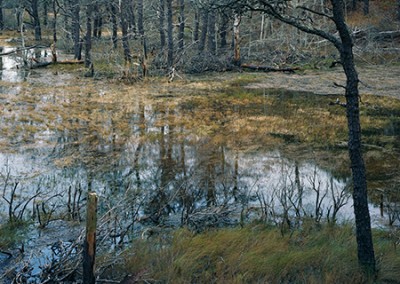 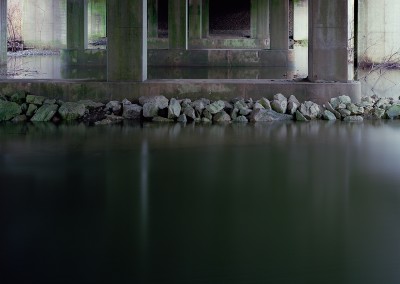 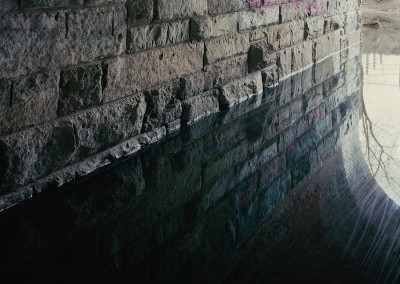 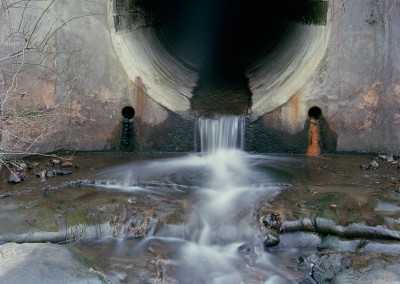 ADAM DAVIES’s large, highly detailed, unmanipulated photographs are taken on 8 by 10 inch color-negative sheets of film using a large format camera and tripod. He uses a narrow lens and slow shutter speed (ranging from 3 seconds to 30 minutes) to achieve great depth of field within the image (resulting in detail and sharpness from foreground to background).

Davies’s subject matter concerns the relationship between the built and natural world. His recent work focuses on public infrastructure (bridges, tunnels, and waterways) and examines how these engineered forms reshape the landscape and influence how we move through it.

Adam Davies approaches his sites like a portraitist, revealing intimate interior worlds within the structures that emerge from their design, their interaction with the surrounding environment, and their history. The images are the product of research and exploration: he climbs into his subject matter, exploring it from the inside out, and consults construction archives and blueprints to understand his sites’ architectural and social origins.

His carefully composed photographs ask the viewer to slow down and look closely. Traces of graffiti, unexpected reflections, cobwebs, retrofitted alterations, and unusual debris reveal a layered nature of history in which experiences pile, accordion-like, onto a single place. Davies takes inspiration from Piranesi’s Roman architectural renderings that toe the boundaries between reality and fantasy. Seen with the large format camera, Davies’s structures appear uncanny, the level of detail, color palette, and motion blur (caused by the long exposure) all display characteristics that are specific to a large format camera rather than to the human visual experience.

Davies has attended residencies at Yaddo, the Fine Art Work Center in Provincetown, and the Chinati Foundation. Born in the United Kingdom, and Currently a Washington DC resident, Davies was a finalist for both the 2010 & 2011Trawick Foundation Prize and was awarded a 2010-2011 DCArts Artist Fellowship. He was also the winner of Washington DC’s East City Art’s 2013 EMULSION juried exhibition in 2013. Davies has held teaching positions at Carnegie Mellon University, Robert Morris University, and Harvard University and has been a lecturer at the National Gallery of Art, Washington, D.C.