CONRAD H. MALICOAT (1936–2014) was a sculptor who created both large- and small-scale works of wood, metal, brick, or stone, generally using one material at a time.  He also created works on paper, primarily with ink.  On occasion, he consciously produced “public” work seen in local restaurants, inns, external brickwork, and graveyards; most of the time, his work was personal in nature, whether commissioned or originating purely within.

Conrad Malicoat was born in Provincetown.  His parents, Philip and Barbara Malicoat, were highly regarded artists and prominent figures in the local community. They raised Conrad and their daughter, Martha, in a household saturated with art and music, and instilled in them a love of nature and proud, do-it-yourself spirit.  After graduating from Provincetown High School, Conrad attended Oberlin College in Oberlin, Ohio and graduated with a BA in Studio Art in 1957.  After an eventful year in Paris, he attended the Skowhegan School of Painting and Sculpture, where he met fellow artist Anne Lord.  They married in 1960, and after stints in New York City and travels across the country to Texas and back, they settled in Provincetown and forged a life dedicated to family, community, and the arts.  Whether by nature or nurture, or both, Conrad possessed a keen ability to think abstractly, which made him a formidable problem solver often called upon by friends and family, and also produced unique work when applied on a strictly artistic level.

During the earlier years, Conrad worked primarily in stone, a medium he regarded with respect and affection throughout his life.  As responsibilities to his young family necessitated more income than was generated by his stonework, he devised a new means to earn a living:  Creative brickwork rendered as imaginative walls, fireplaces, and sculpture became his signature oeuvre on the Outer Cape and beyond from the mid-1970s through the mid-1990s.  “Have trowel, will travel,” he stated on his ‘Brick Breakthroughs’ business card.  Initiated in necessity, the brickwork evolved as modular expression, an exploration of weight, planes, gravity, and multiple dimensions.  In the midst of two decades of brickwork, Conrad explored mathematical themes such as the Mobius in wooden and metal sculptures, and in the two-dimensional realm he delved deeply into the works in ink on paper that you see at the Schoolhouse Gallery today.  The abstract, brick-like, and figurative drawings include studies for some of his sculptures from the 1980s. 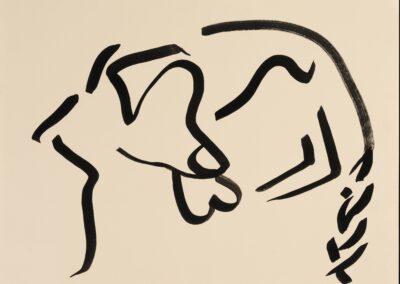 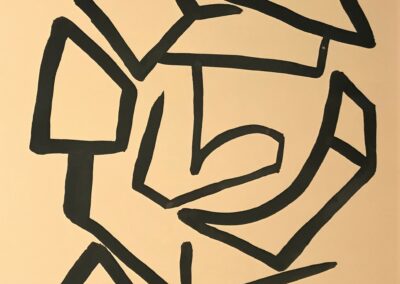 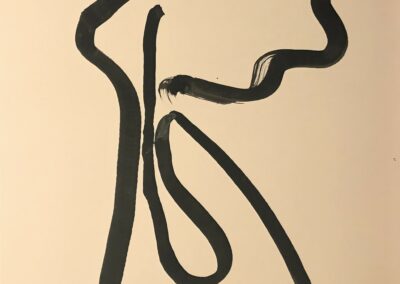 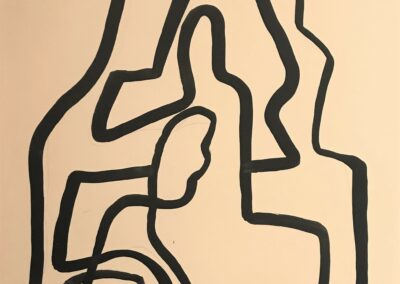 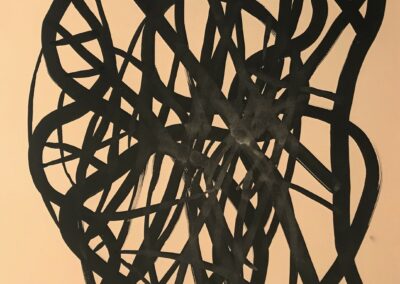 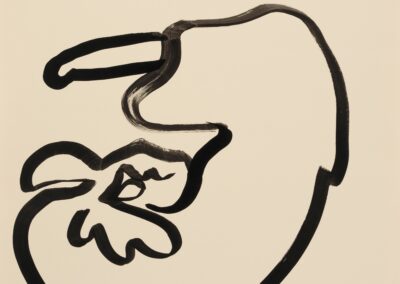 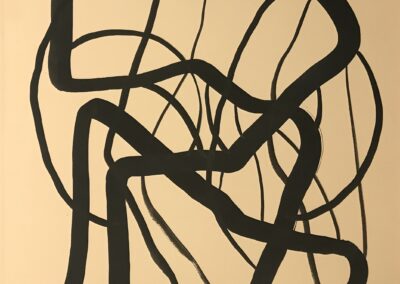 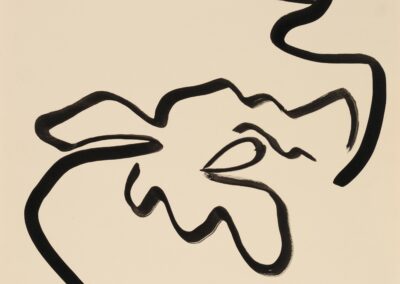 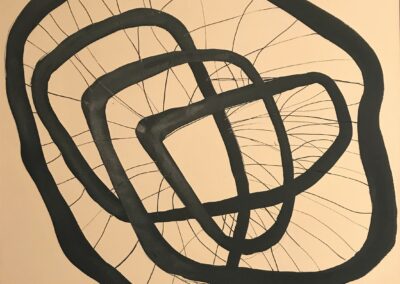 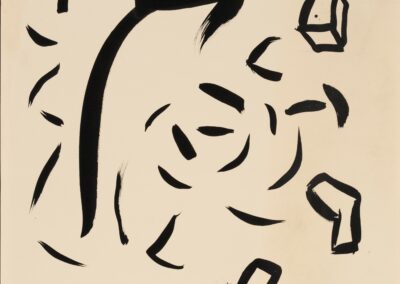 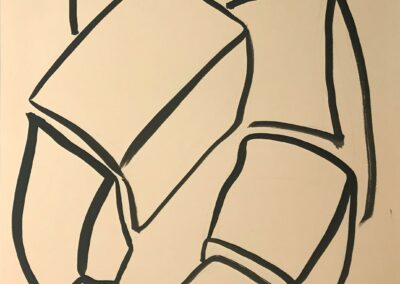 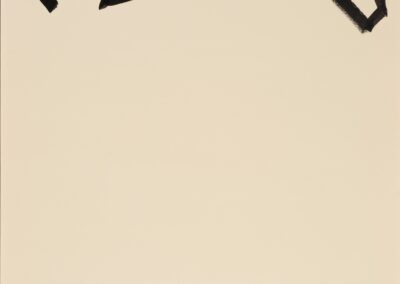 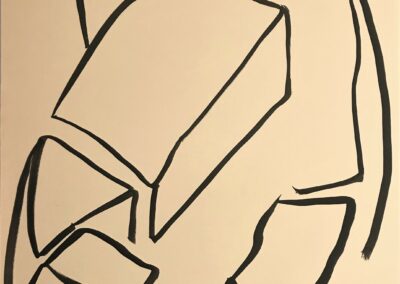 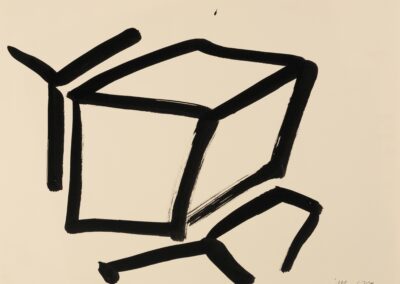 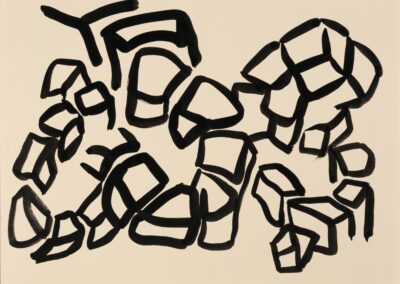 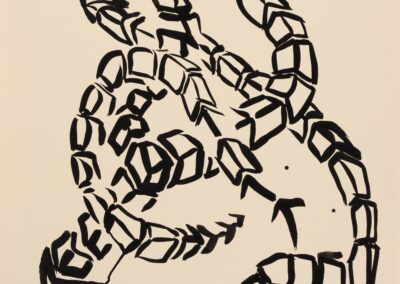 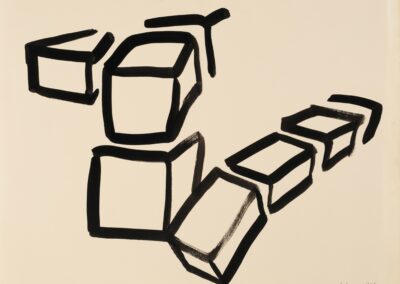 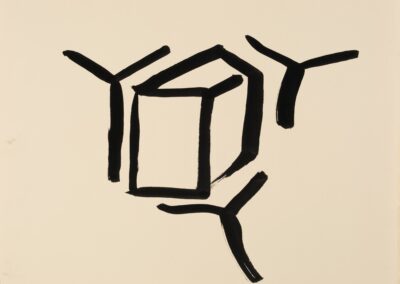 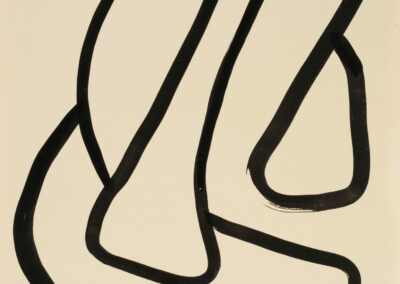 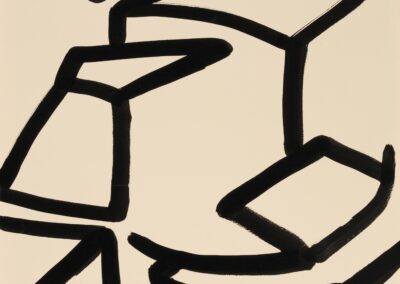 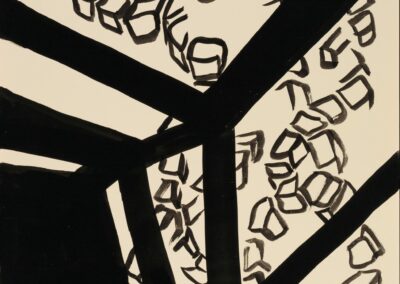 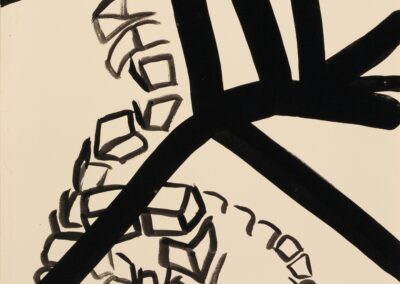 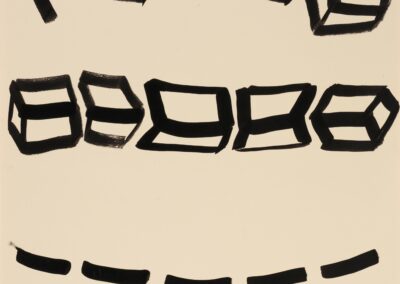 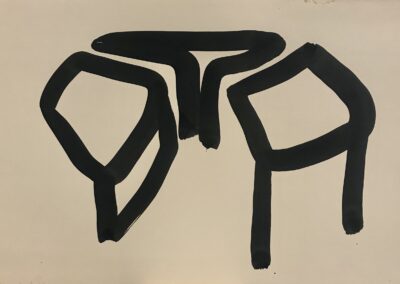 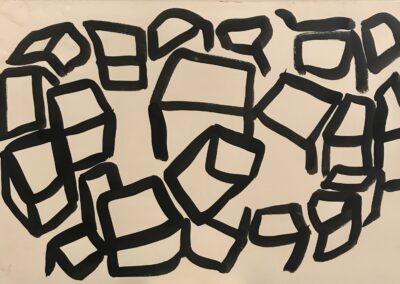 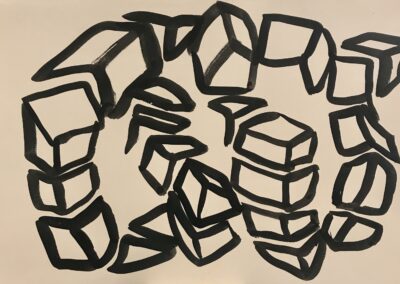 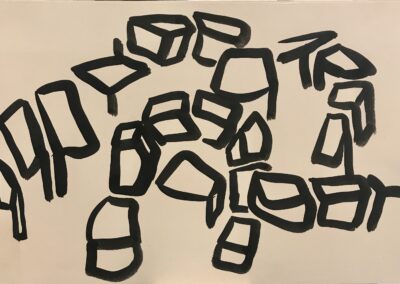 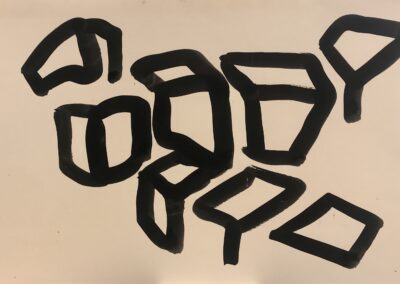 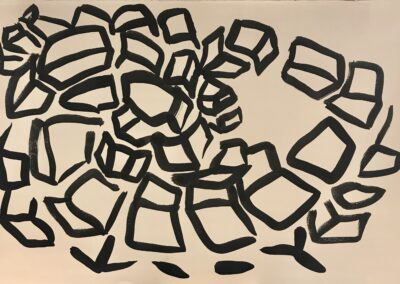