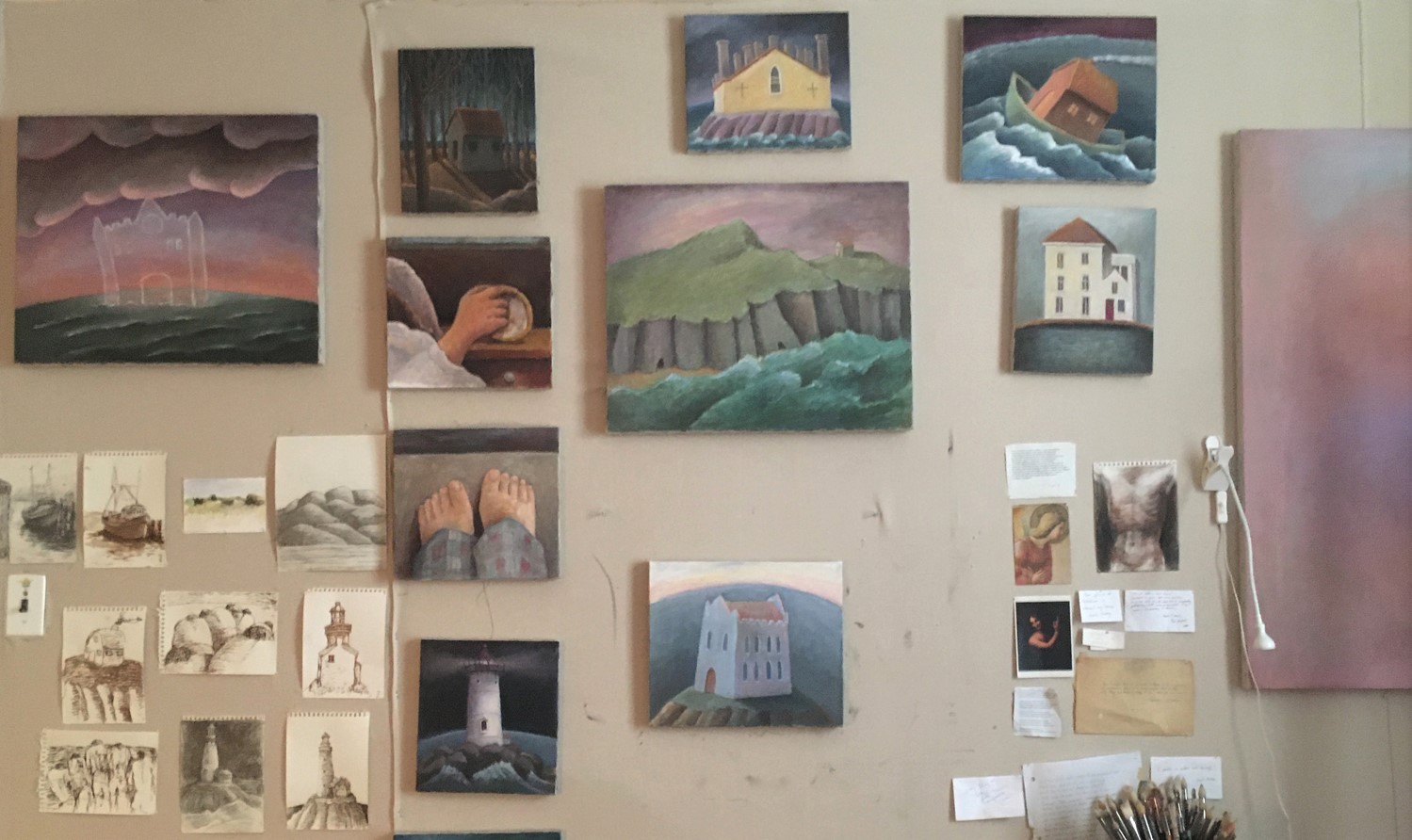 STEPHANIE FRANK SASSOON is a painter with studios in Brooklyn and Ghent, New York. In 1983-84, she was a fellow at the Fine Arts Work Center in Provincetown (and a late-night dj at WOMR).  A graduate of the Cooper Union, she is a former Guggenheim Fellow and a grantee of both the National Endowment for the Arts and the Massachusetts Council on the Arts. She was a mask maker, a puppet builder, and the artistic director of the Beaux Rêves Puppet Troupe. Since 1999 she has been teaching art at Saint Ann’s School in Brooklyn. Stephanie’s paintings are in private collections in New York City and Los Angeles.

For a decade Stephanie devoted herself to a body of work inspired by the human torso – its mystery, form, and breath.  These 47 paintings, suffused with light and color, describe the liminal world of becoming. We are thrilled to present her new paintings in 2020.

What are these more recent paintings about?  Houses, homes, refuge.  Yearning. About being at sea, adrift.  The despair of the current situation in our world. The sinking or drowning of values. Loss. Sometimes they are about solitude.  Humor, too.  They are images that come in dreams, or seem to drift up in me during waking hours. Some of the paintings are inspired by actual buildings, boats, or places.  Some are imaginary. I hope they are at once timeless and timely.      – SFS 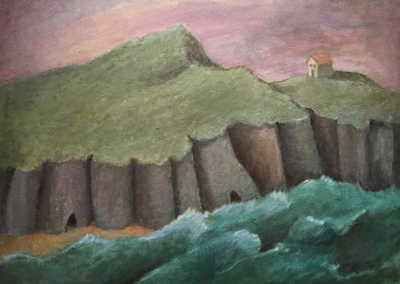 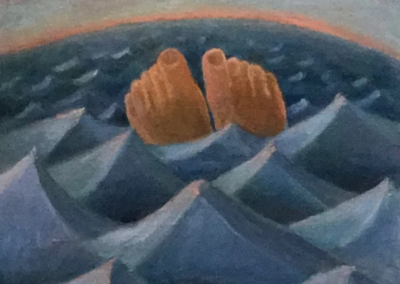 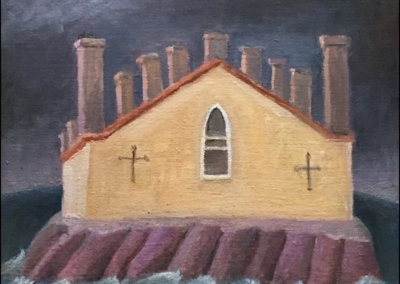 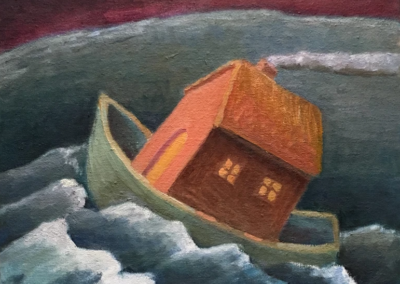 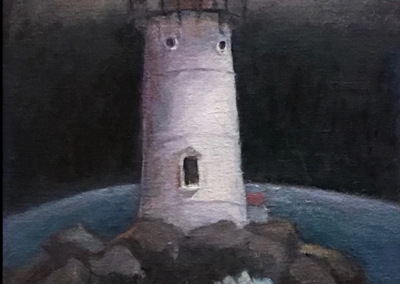 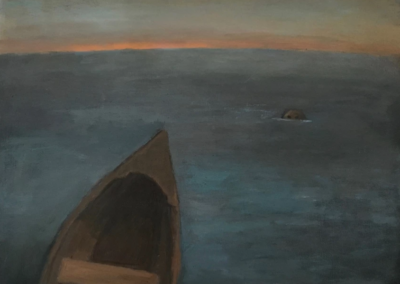 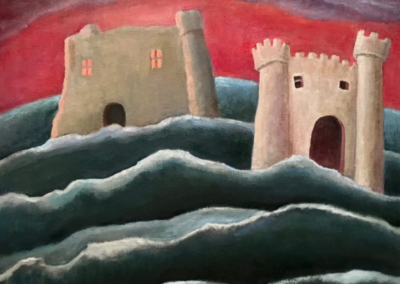 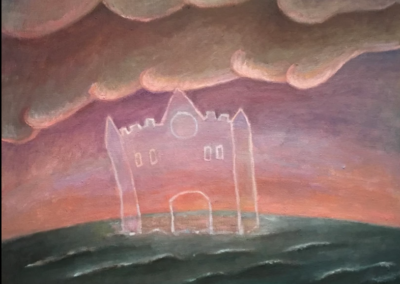 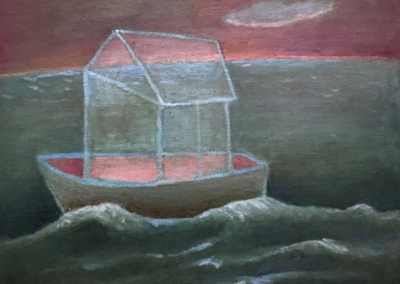 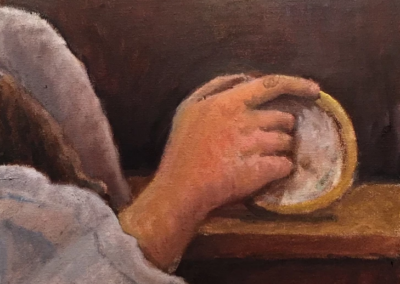 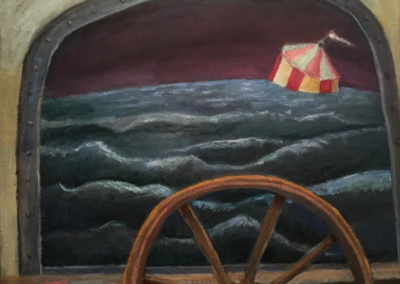