STEVE ALEXANDER was born in Boston. He has traveled widely and lived all over the United States. An Army veteran, he lived several years stationed in Germany. His friends know him as a loyal, generous and very funny guy; a great prankster and storyteller. He studied art briefly while living in New Orleans where he was co-owner of a shop called Rave On. He has an impressive knowledge of antique glass and other collectables and is, in the very best sense of the word, an autodidact.

Steve moved back to Boston after some years on the Maine coast to make art daily and at a furious pace, working in a storefront gallery/studio space in Jamaica Plain, an urban suburb of Boston’s downtown. His work is vibrant and alive and imbued with a hope that is sometimes associated with working with found objects, though these collages stretch the definition to exhilaration.  He makes paintings and objects with found materials and (sparingly) his own marks, but also seeks trashed paintings and cuts them up into small pieces of color and texture, using the pieces to ‘paint’ his own new work.  In these ‘mosaic paintings’ Alexander finds meaning in repurposed fragments of everyday life also suggesting a way of making sense from loss by re-purposing material and meaning here in the present.

Alexander’s natural skill at embedding a highly personal narrative and his use of repetition as a restorative device sets his work apart from more typical outsider or folk artists. Meaning, material, humor, and formal issues are all woven naturally and skillfully into something that feels new at first glance and continues to engage with seemingly endless detail over time.

Alexander describes his feelings of loss in the painting titled, ‘Map’:  The figure of the woman is alone, surrounded by lots of sand, beach, bright color and sky. The man, nowhere to be seen in the work, seems to have left and taken nothing with him and the woman has stayed behind with all the things. He describes the act of constructing the work as like an attempt to make a map or to find a new way to be. He seems to suggest that meaning can be created out of what remains, or whatever surrounds one. 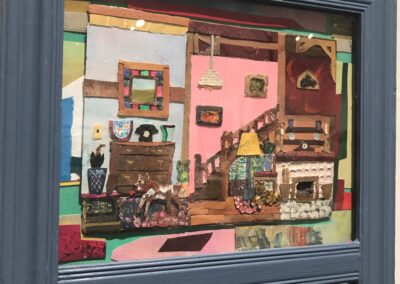 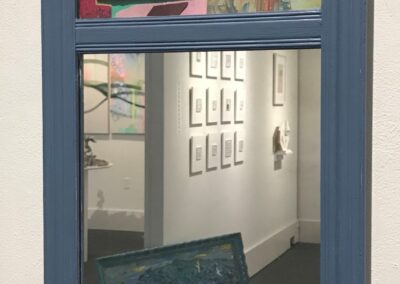 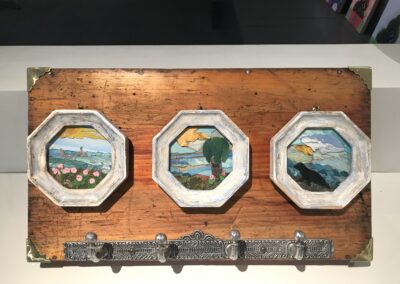 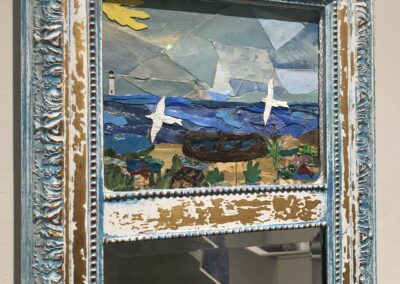 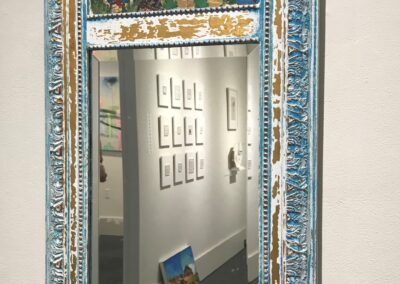 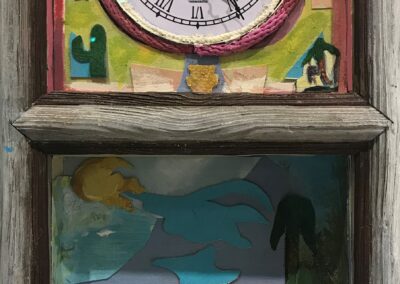 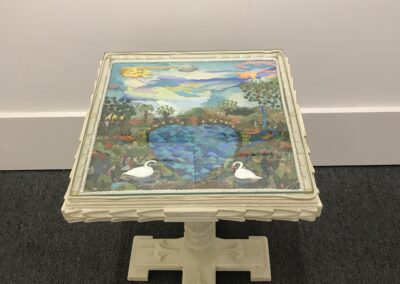 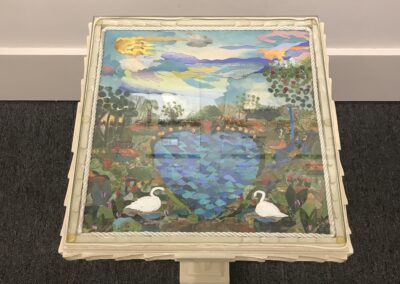 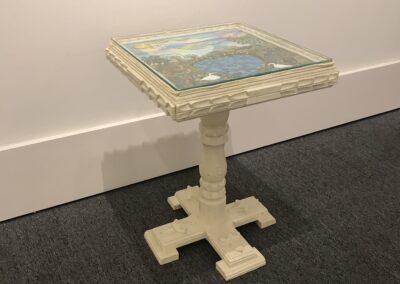 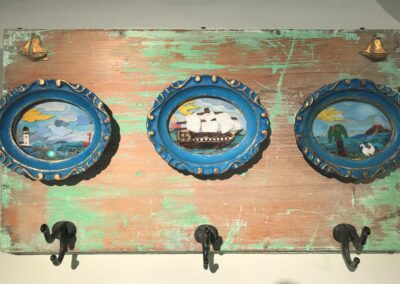 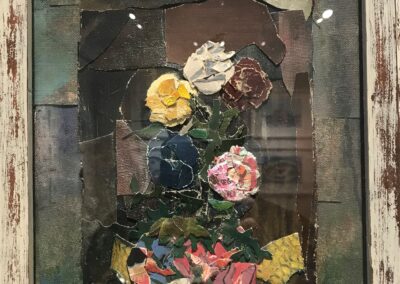 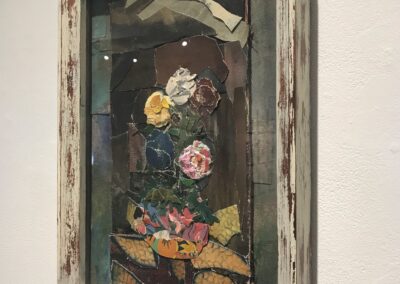 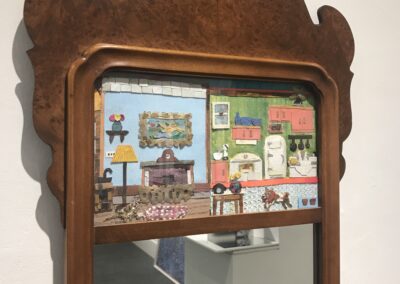 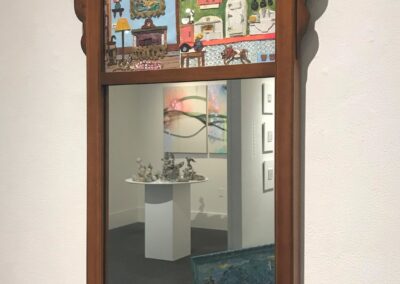 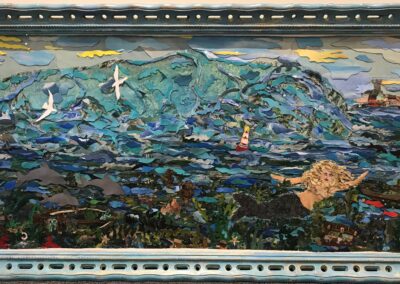 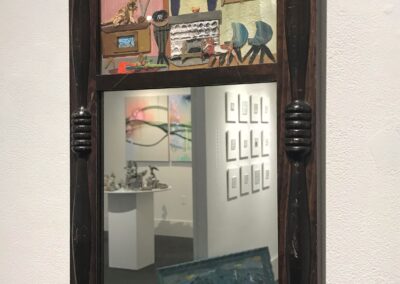 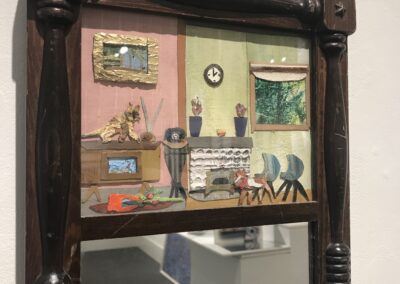